Because of the constantly growing city Almere – and the challenges that comes with this – Challenge Almere-Amsterdam will have a slightly changed course this year. The changes are limited to the swim and bike course. Despite being slight changes, athletes will cover slightly more kilometers on the bike. In addition, the event area will have a different structure. You can find all the changes below.

The swim course in the Weerwater will remain unchanged and therefore exactly the same as in past years, but will now be swum the other way around – i.e. clockwise. This is ideal for athletes, because athletes won’t be bothered anymore by the rising sun shining in their eyes. Middle Distance athletes still swim the lap once (1.9 kilometers) and Long Distance athletes twice (3.8 kilometers).

The bike course has two changes from past years. When turning off the Gooimeerdijk there is no longer a back and forth section on the Havendreef, but the course continues through the Kromslootpark. Along the outskirts of Almere Poort, athletes will arrive at Poortdreef, which will now be driven on the other lane. Through the Poortdreef, athletes arrive at the dike towards Lelystad as usual.

In the polder – on the way back to Almere – the Priempad is not followed, but participants follow a special bike path along some wind mills, then following the bike path along the Slingerweg and then the Eemmeerdijk to get to the Stichtse Brug. From there, the route will be the same as in previous years. Due to this necessary change – which was made because of the constantly growing Almere Poort area on the one hand, and to spare a number of neighboring farmers, who are in the middle of their harvest period, from traffic congestion on the other – the bike course will be slightly longer: Middle Distance athletes will bike 98 kilometers (1 lap) and Long Distance athletes 185 kilometers (2 laps).

The run course remains unchanged from previous years. As an athlete you will run across the Floriade grounds; an already unforgettable experience.

Athletes enter the water via the newly constructed beach on the Esplanade. They will also exit the water on this same beach. The swim start for the Long Distance is still from the water; the Middle Distance still has a Rolling Start.

Both the expo and the catering facilities have a slightly different position compared to last year. The finish line is also situated differently compared to previous years. Of course, the Esplanade and thus the event site retains its compact, cozy and atmospheric character and as an athlete you actually notice little of these changes.

“In consultation with all parties involved, we have arrived at the above changes. In the case of the swim course, it is a conscious choice that we have taken to make it easier for the athletes. Swimming clockwise means less trouble from the sun in the eyes, which makes navigating a bit easier.”

“Regarding the bike course, we understand that it is not the most ideal scenario that athletes have to bike some extra kilometers, but on the other hand we are very satisfied with the solutions we have been able to offer. In the case of the first change – around Almere Poort – we now avoid a large traffic jam around an important junction and as an athlete you ride in a much quieter area. In the case of the second modification – in the polder around Zeewolde – we are meeting the wishes of neighbouring farmers so that they have less inconvenience and can therefore do their work more easily. At the same time, athletes are now riding over a beautiful new piece of dike before returning to Almere: it doesn’t get any more Flevoland!”

Via the course maps you can find the exact routes of Challenge Almere-Amsterdam. 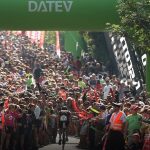 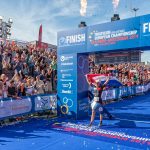 9 reasons why you want to race Challenge Almere-Amsterdam! News, Nieuws